All communications between our client software running on client computers and our servers is encrypted. It is important to note that strictly speaking, encryption itself does not guarantee privacy. For example, a site where pocket cards of all the players are transferred to everybody, is not secure regardless of encryption. That is why we have spent a lot of effort designing our security system and policies.

We have a number of built-in features to ensure the security of the game itself.

Collusion is a form of cheating in which two or more players signal their holdings in a game, or otherwise form a cheating partnership to the detriment of the other players at the same table.

While on one hand it is easier to pass information between colluding players online than it is in brick & mortar rooms, it is much more difficult to avoid eventual detection, as the cards for all players can be examined after the play.

No matter how sophisticated the collusion is, it must involve a play of a hand that would not be played that way without collusion. Our detection methods are aimed to catch unusual play patterns and warn the security personnel, who will then make a thorough manual investigation. We will also investigate all players' reports about suspected collusion.

If any player is found to be participating in any form of collusion his or her account may be permanently closed.

"Anyone who considers arithmetic methods of producing random digits is, of course, in a state of sin." - John von Neumann, 1951

We understand that a use of a fair and unpredictable shuffle algorithm is critical to our software. To ensure this and avoid major problems described in [1], we are using two independent sources of truly random data:

Each of these sources itself generates enough entropy to ensure a fair and unpredictable shuffle.

PokerStars submitted extensive information about the PokerStars random number generator (RNG) to an independent organization. We asked this trusted resource to perform an in-depth analysis of the randomness of the output of the RNG, and its implementation in the shuffling of the cards on PokerStars.

They were given full access to the source code and confirmed the randomness and security of our shuffle. Visit the Online Random Number Generator page for more details.

[1] "How We Learned to Cheat at Online Poker: A Study in Software Security" -
http://www.cigital.com/papers/download/developer_gambling.php
[2] ] http://www.idquantique.com/products/quantis.htm 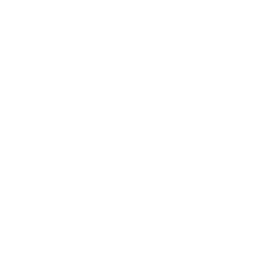 We are committed to responsible gaming, and are dedicated to an enjoyable and positive gaming experience.